The Hunterdon County Democratic Committee (“HCDC”) is the county level of the Democratic Party. The HCDC is responsible for assisting in all phases of party work at the municipal and county levels; registering new democratic voters; participating in planning and the running of campaigns; working to build a larger Democratic vote in their Hunterdon County; and serving as an advocate and representative of the residents of their district regarding neighborhood or district issues.

We take an active role in recruiting democratic candidates that stand for the middle class and working families, and understand the importance of sound fiscal management. 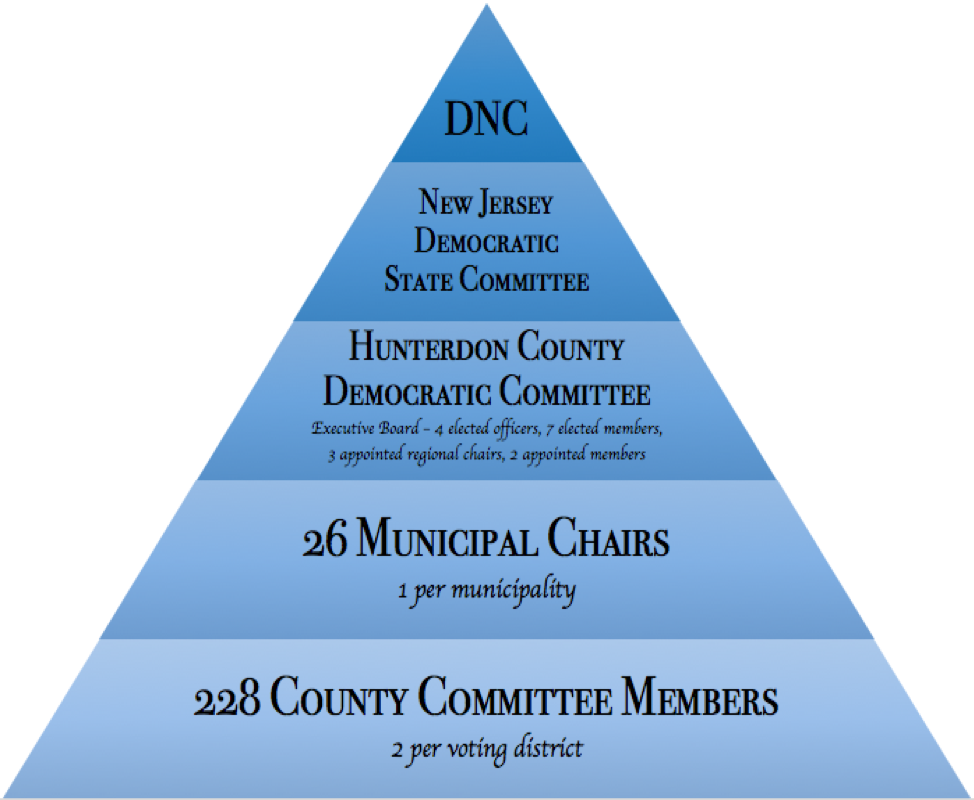 What is the County Committe

Members of the County Committee

Members of the Democratic County Committee are responsible for making the New Jersey Democratic Party stronger and more responsive to the needs of our communities.  Their primary purpose is to help Democratic candidates win their elections as well as represent their Municipalities during HCDC meetings. They are the front lines of our political process, and their efforts on behalf of our candidates, are crucial to consistent electoral victory.

Who is your Municipal County Committee Representative? Check here or drop us a note and we can connect you. Contact Us